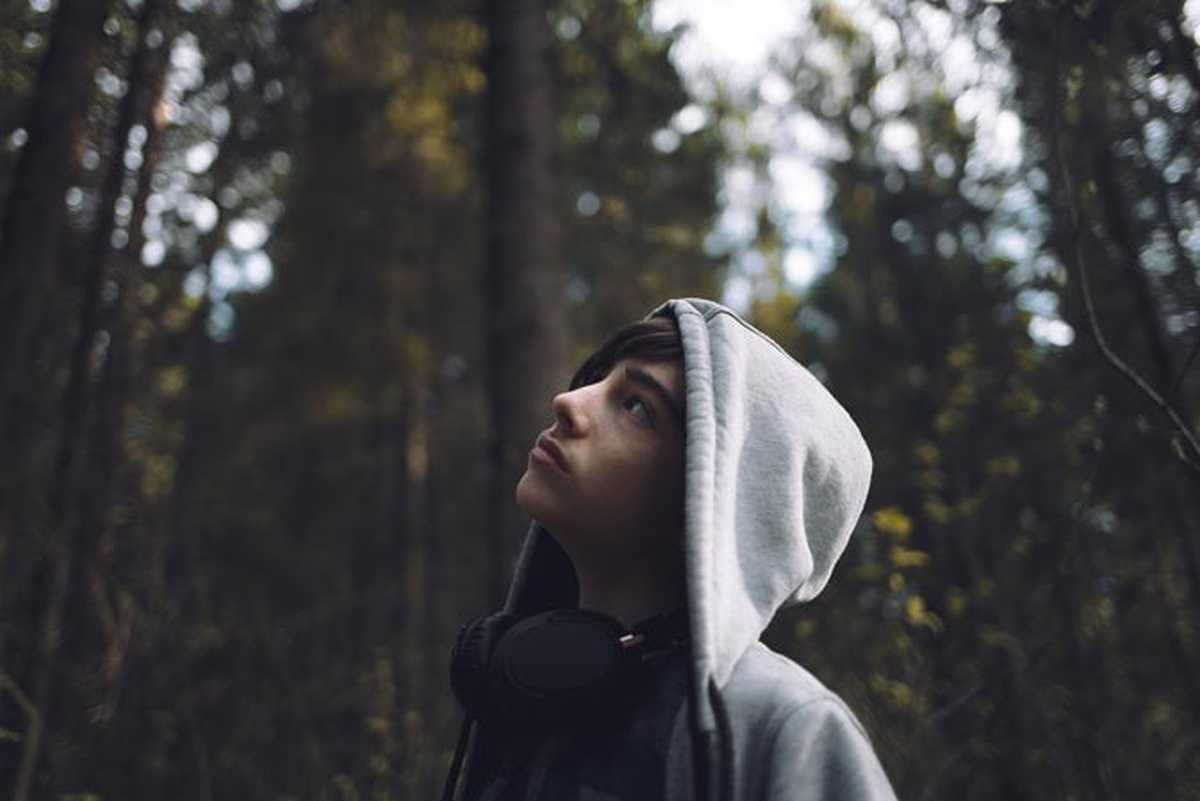 Are you getting the “I think they seem a bit young in this photo” Quick Note on Photofeeler?

Looking young isn’t necessarily a bad thing! But if you’re getting this note a lot as a critique, chances are voters think your photos appear a bit juvenile or immature.

Here’s some common reasons this can happen. 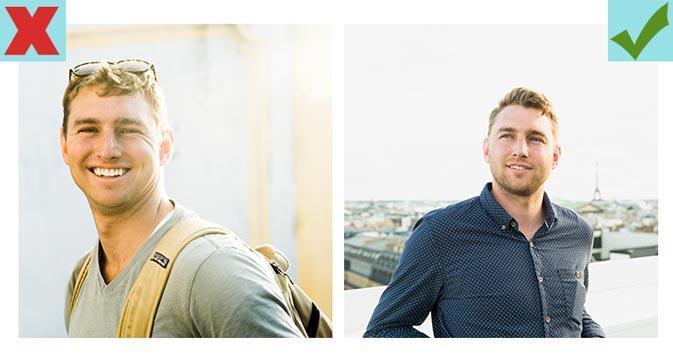 Our brains can’t help but guess someone’s age based on their overall look.

When people see a photo of someone in a hoodie with a backpack, they may subconsciously infer the subject is student-age. Seeing a backwards baseball cap and sports jersey can likewise make people think of college.

To avoid being confused as younger than you are, go for more classic styling for your main pic. Clothing in timeless patterns or solid, muted colors read as neutral to the eye, so people notice YOU more than your clothes. 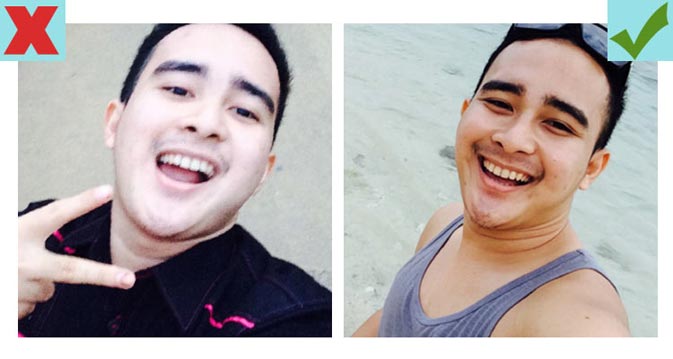 Peace signs and other hand signals can read as immature. Inappropriately grabbing a statue can, too. Voters sometimes leave the “I think they seem a bit young” Quick Note to tell you when you’re acting juvenile or in a way that infantilizes you.

Be aware, however, that it’s not always what you’re doing, but also how you’re doing it. For instance, holding your dog like a teddy bear might make you look babyish. In the same way, a smile is a good thing, but a smile that’s too cheesy (i.e. shows every single one of your teeth) can become reminiscent of elementary school picture day. 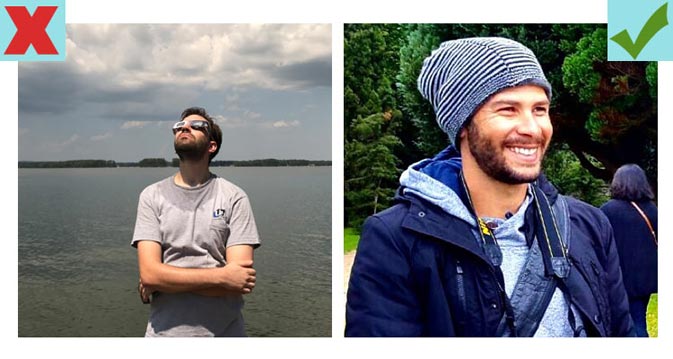 Sometimes all it takes is uncomfortable body language to project a teenager-y vibe. Reminiscent of pubescent teens who appear gangly and uncomfortable in their bodies, adults that hold themselves awkwardly can sometimes seem undeveloped socially and/or younger than their actual age.

These physical cues typically include heads tilted down and shoulders forward — an overall retraction inward instead of openness. Not knowing what to do with arms is also common, and the subject can appear unnaturally rigid with hands in pockets.

Practicing good posture and a more “open” stance will immediately make you appear more at ease and mature. 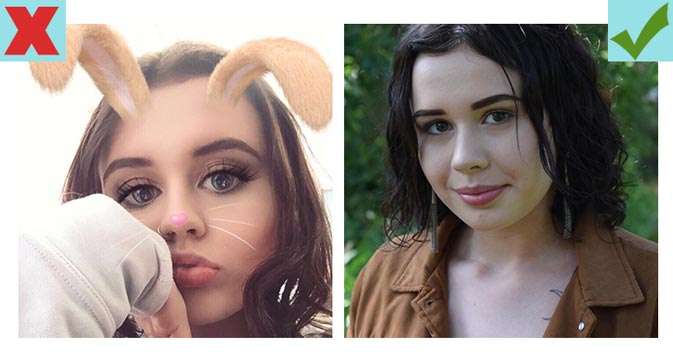 Yes, your flower crown could be making you look younger — and not in a good way.

Snapchat-style photo filters are associated with a younger demographic. They also distort faces almost beyond recognition — which isn’t at all practical for a profile pic — so people who use puppy face filters on dating apps seem a bit naive and immature. 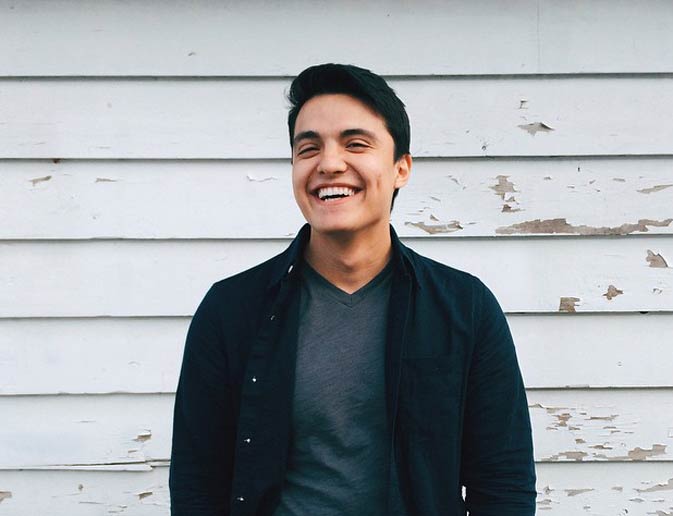 We noticed many people with a “baby face“, or soft, rounded features are perceived as young. Typical baby face features include large eyes, rounded cheeks and nose, and small chins.

If you feel that you’re at a disadvantage because your face appears too young, there are a few tricks to help. Women can use makeup to give the appearance of more angles and maturity, while men can offset their softer features with some sophisticated hairstyles and/or facial hair.

You may be pleased to know, however, that baby faces are perceived as friendly, innocent, and honest. Heck, you may even live longer.

6. Actually very young (or passing for it) 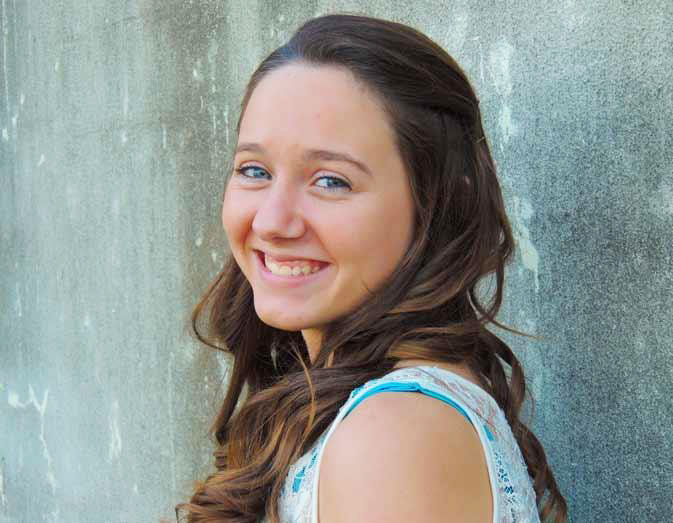 Hey, you may just legitimately be young.

Being young can draw attention in business photos, as childlike features seem out of place against a suit. Voters can’t help but think, “Wow, he looks young to be in a suit.”

Not to mention, in the dating category on Photofeeler, if it even seems like someone might be under 18, many people will feel uncomfortable rating them. Voters may even give a lower rating for attractiveness than the photo truly deserves, to avoid feeling predatory or creepy in any way.

The answer to both conundrums echoes our “baby face” advice above: if you really want to look older, consider a change of hairstyle. If you’re man, opt for facial hair. If you’re a woman, do some research on makeup looks that add age. Or? Simply enjoy your younger days while they last.

That concludes our tips for appearing more mature in photos if you’re getting the “I think they seem a bit young in this photo” Quick Note. We hope you’ve found them helpful!

We’ll see you back on Photofeeler when your mom finally sends the photos she took of you over the holidays.