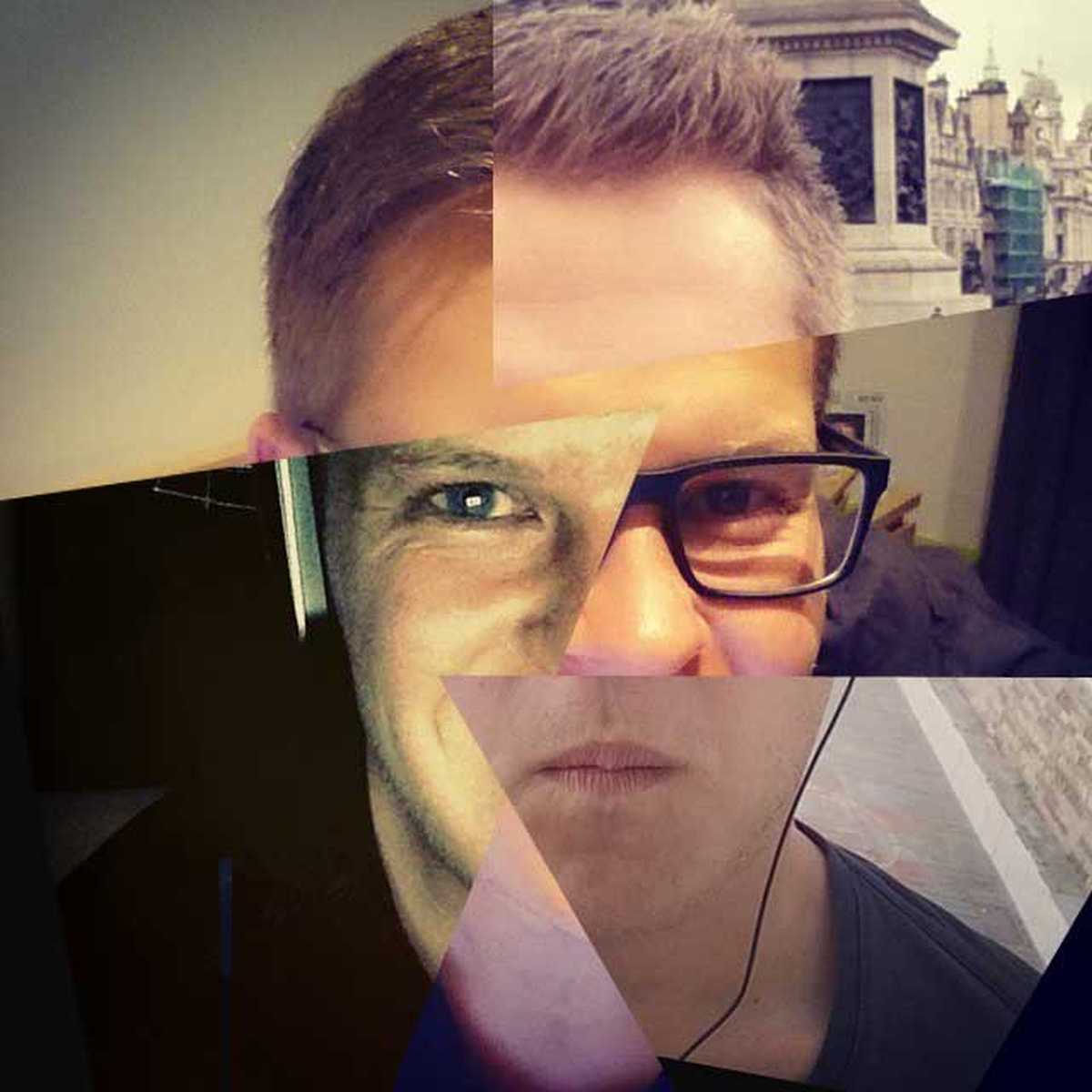 Your profile is not you.

Here at Photofeeler, we find ourselves saying this a lot. But it bears repeating, largely because it’s so unintuitive.

A profile captures some information about you, but ultimately it’s very, very little.

Even if you exclude the other four senses, a single picture doesn’t even do a great job of showing what you look like.

To illustrate this, we took pictures of the same guy (let’s call him Chris) and arranged them into five different Tinder profiles.

All of the pictures represent Chris honestly. But you’ll see that swapping out one picture for another often drastically alters how he comes across (and even what he looks like, in the basic sense) — despite him being the same guy all along. 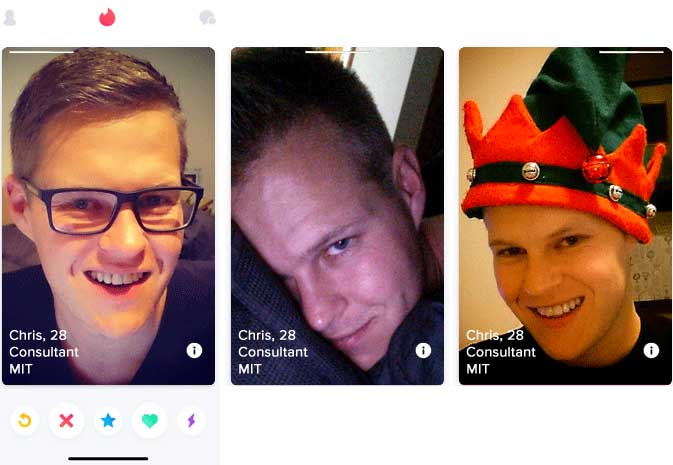 Okay, imagine all you have to go off of about Chris (what he looks like, what his personality is like) is based on these three pictures.

All three of the above pictures appear to have been taken at home. From this, I might conclude that Chris is a homebody. He also seems like a “young 28” to me. 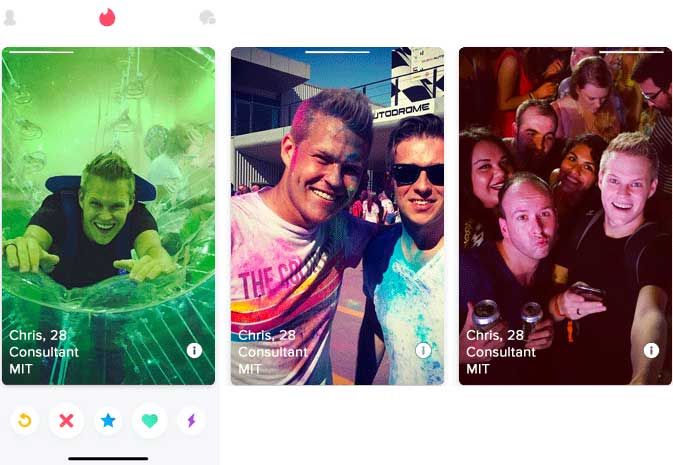 Now pretend you didn’t see the first profile. You now just have these three pictures to base your impression of Chris off of.

In these photos, Chris appears in novel situations. To me, he seems like the kind of guy who doesn’t like to stay in one place. He seems assertive. 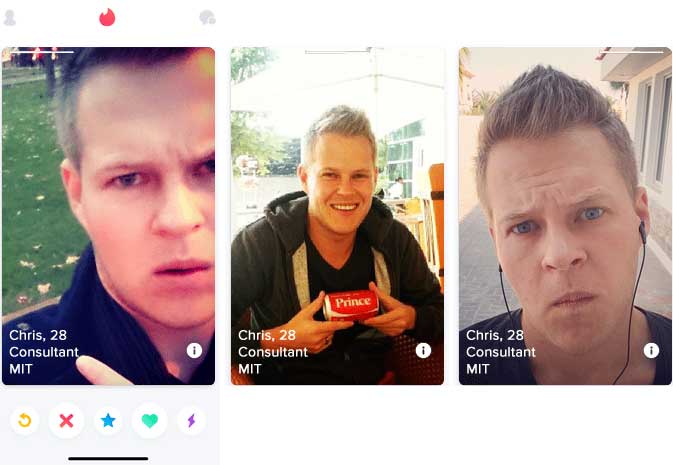 Is Chris a goofy guy who struggles to take himself (and others) seriously? 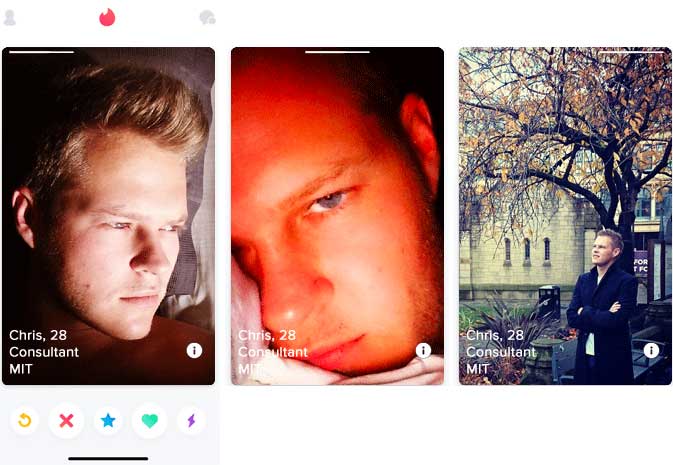 Is he short or is he tall? 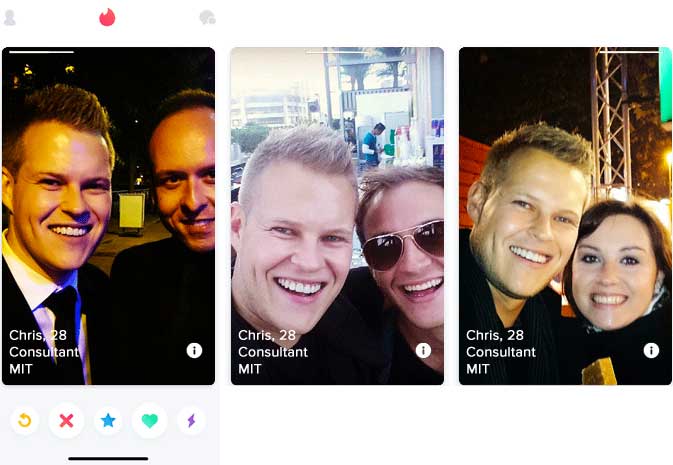 Is Chris ever alone? Is he a super-extrovert? Is he a player?

Furthermore, we live in a 3D world that photos can’t accurately capture. So much is lost in the translation that, if we’re not skillful, we even have to contend with optical illusions.

If you have a cat, you might have tried to show him/her pictures of another cat. Usually it doesn’t even register as a cat to them. After all, it doesn’t smell like a cat, move like a cat, or sound like a cat. It’s not a cat; not really. It’s just pixels. The same is true of pictures of you.

Anyone who can remove their ego from the equation and see their profiles for what they really are — pixels — will have much greater success with optimizing how they’re coming across to attract the right connections.