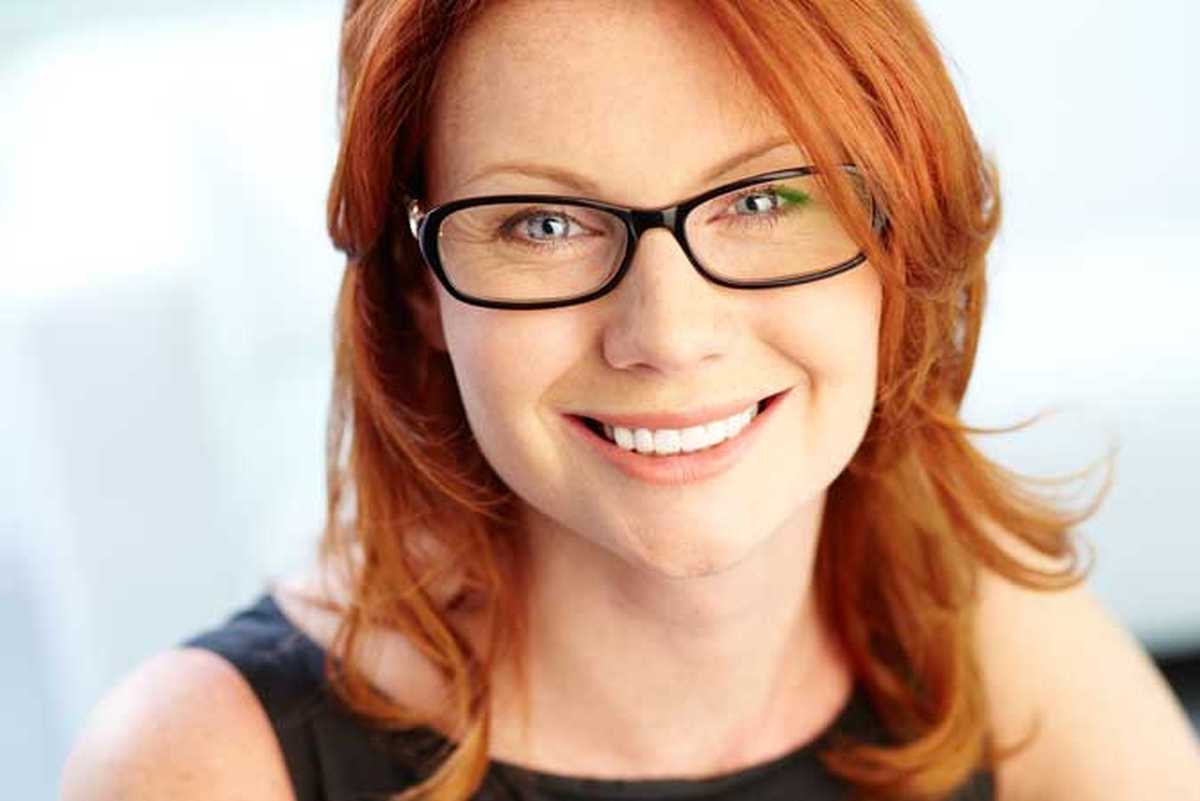 Many people underestimate the importance of looking likable on LinkedIn (i.e. friendly and kind, like you would be pleasant to work with). In fact, it’s common to think that appearing smart and capable is all that matters.

However, these people may find themselves at a major disadvantage.

To quote a recent piece from the The Wall Street Journal:

Likable people are more apt to be hired, get help at work, get useful information from others and have mistakes forgiven. A study of 133 managers last year by researchers at the University of Massachusetts found that if an auditor is likable and gives a well-organized argument, managers tend to comply with his suggestions, even if they disagree and the auditor lacks supporting evidence.

And there’s lot more research where that came from.

Studies from Harvard Business School specifically found that being perceived as competent but not warm can significantly harm one’s ability to land jobs or promotions.

So it’s important to your career to look likable. But then, how do you do it? Does it come down to luck: my face either looks likable or it doesn’t? Absolutely not.

Knowing the key differences between photos of the same person with low and high likable ratings on Photofeeler, here’s our best tips for anyone looking to dial up the warmth. 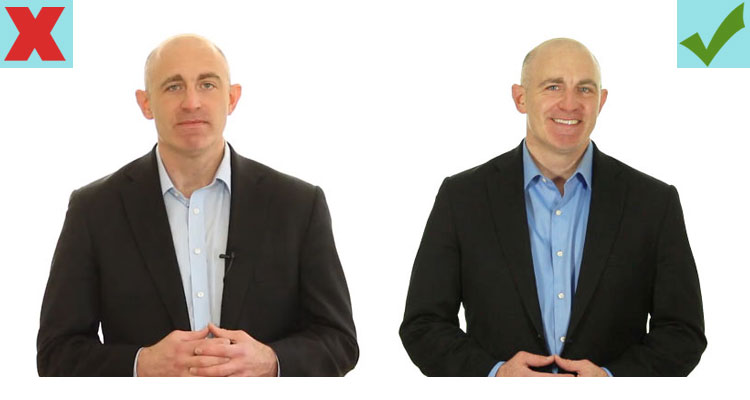 All images used with explicit permission.

Fact is, we have too much information about ourselves to see ourselves objectively. We know we’re not mean or creepy or crazy. So when we see a picture of ourselves, those possibilities don’t even cross our minds. Instead, we think we seem “serious” or “fun.”

On the other hand, a stranger on LinkedIn — with zero information to go on — may be immediately put off by an expression that looks “bored,” “aggressive,” or even “sinister” to them.

Neutral (i.e. not smiling) expressions work this way. They are risky in pictures because they can be interpreted 1,000 different ways depending on everything from what else your body language is doing, to the lighting on your face, to the mood of the viewer at the time they see your picture.

I’m not saying you can’t ever pull off a non-smiling face in a picture, but you’ll need to thoroughly test it on Photofeeler to be sure it’s not sending messages you don’t intend.

And of course, the safest bet of all is to smile.

Just be sure, when smiling in pictures, that both sides of your mouth are turning upward to avoid accidentally signally “contempt,” which looks more smirk-y than smile-y to most. 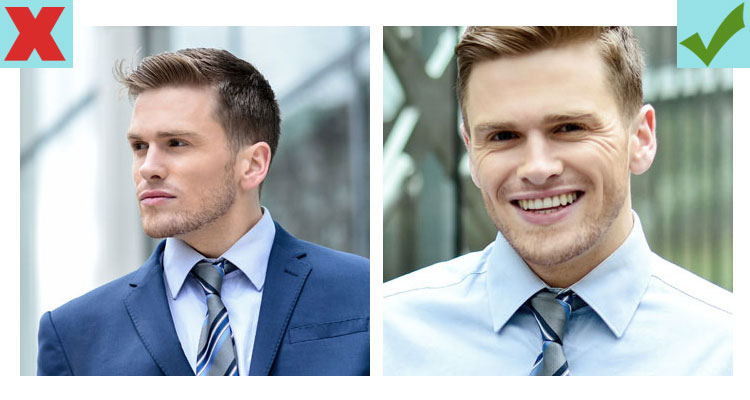 Making eye contact in photos allows the viewer to feel a personal connection towards you. This may be especially effective when the viewer can see the whites of your eyes.

If you want to get really crazy with editing (at your own risk!), you may also like to know that dilated pupils subconsciously signal prosocial vibes, making others feel good about you in return. 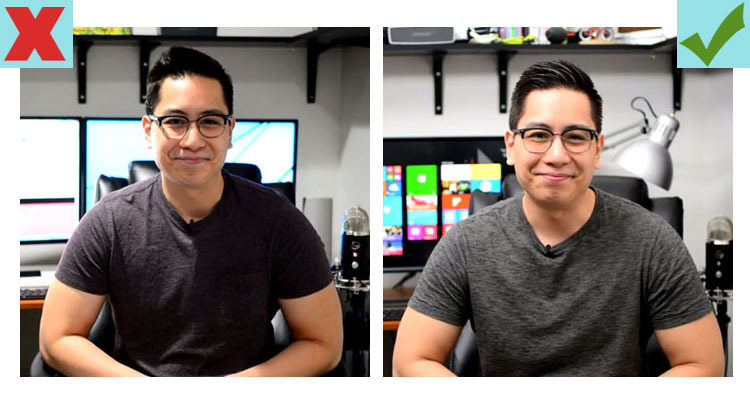 “That guy sitting in the dark looks super nice,” said no recruiter on LinkedIn ever. Yes, there’s just something about a dimly lit photo that puts a damper on one’s likability.

It doesn’t end there, though. A well-lit but shadowed photo can also work against your ability to look friendly and kind. When parts of your face are harshly shadowed, people can read you as “shady.” (I mean, this is basically how they light villain’s faces in movies.)

Your best bet for avoiding these lighting pitfalls is to use natural light from a window. Choose a time of day when the sun isn’t in direct view from your window (indirect sunlight) and stand directly across from it, rather than at an angle.

And that concludes our tips for appearing more likable in your professional pictures.

Use them responsibly and we’ll see you on Photofeeler with your next batch of pictures!