Are you getting the “I think they seem a bit intense in this photo” Quick Note on Photofeeler?

Usually this note is used when the subject of the photo is making the viewer feel a bit uneasy.

Here’s some common reasons behind that. 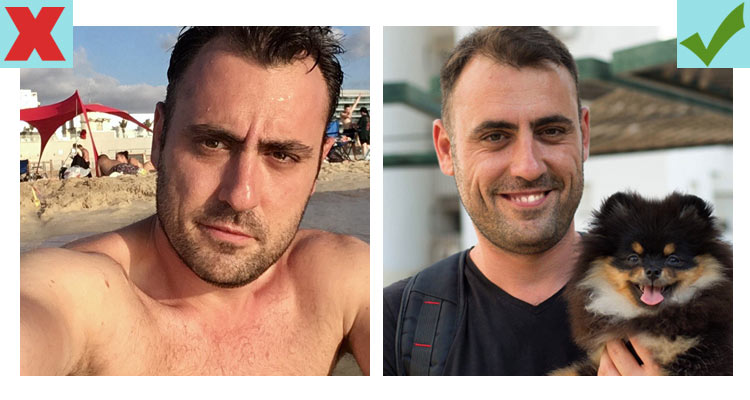 A direct stare without a smile can be interpreted as confrontational, hostile, or even predatory to someone who doesn’t already know you.

In dating, safety is a huge concern for women. Therefore, it feels safer for women to swipe left on photos that seem threatening. And in business, no one wants to work with someone who seems harsh and judgmental.

On Photofeeler, users that rate this type of photo as “intense” often also mark them as “aggressive” and say they would “prefer a smile” — in essence, asking the photo subject to soften their approach. 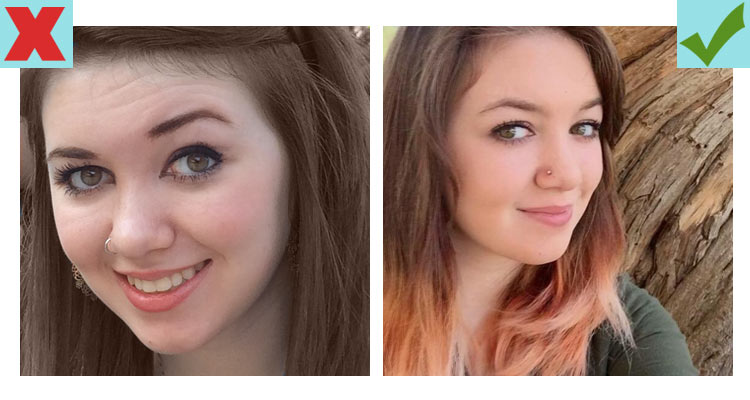 Large, wide-open eyes can make the viewer uncomfortable, and can register as “crazy eyes.”

We make our eyes big and stare longer when we assess threats (or if we are trying to be one), so a “deer in headlights” stare triggers uncomfortable feelings for most people.

Fun fact: large pupils with eyes further apart are typical of prey animals, which is probably why we associate these features with “flight or fight” jumpiness and anxiety.

Some people with naturally big eyes might be more prone to accidentally giving off this look and need to consciously “squinch.”

Softening your eyes will make you seem more stable and balanced, and in turn, make the viewer relax as well. 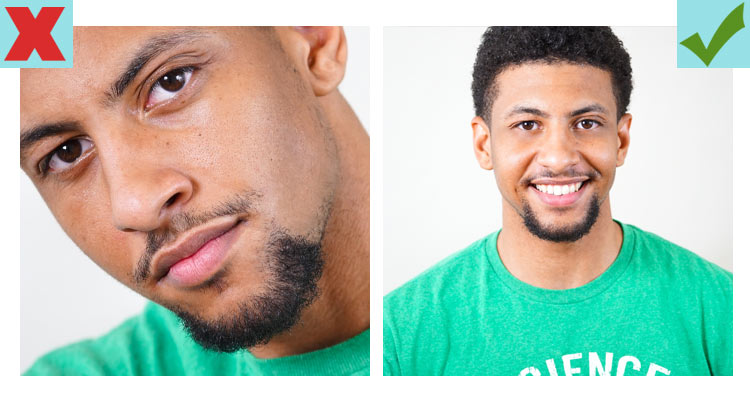 But… these photos typically make people feel uneasy instead of dazzled.

You wouldn’t be that close to someone you just met, so extremely close shots of your face can feel jarringly forward and can make the viewer feel unsafe. Personal bubbles are sacred!

Create some space by including your shoulders and torso in the frame. You can even use a wider shot as an opportunity to include your surroundings and show off a little more of your personality. 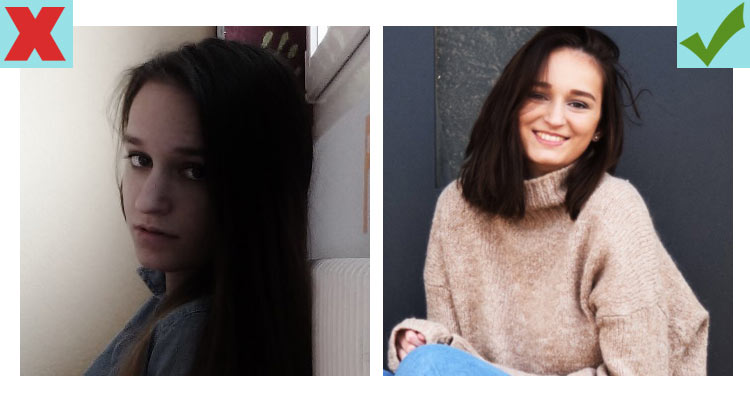 You wouldn’t open a conversation with a stranger with a story about a loved one’s passing. A lighter, friendlier tone is always more appropriate for a first encounter (which is the role of your profile pic), whereas an extremely solemn demeanor feels heavy to load on someone you’ve only just met.

But maybe you didn’t even feel serious when the pic was taken. You know the context of your pic. You know you were living your best boat life and your abs were on point. It may not register that your photo appears serious, or even pained!

Try softening your face and shoulders right before a pic. You could even try “fake” laughing which might feel weird, but chances are likely it will turn into a genuine laugh, which will naturally relax your features and stance. 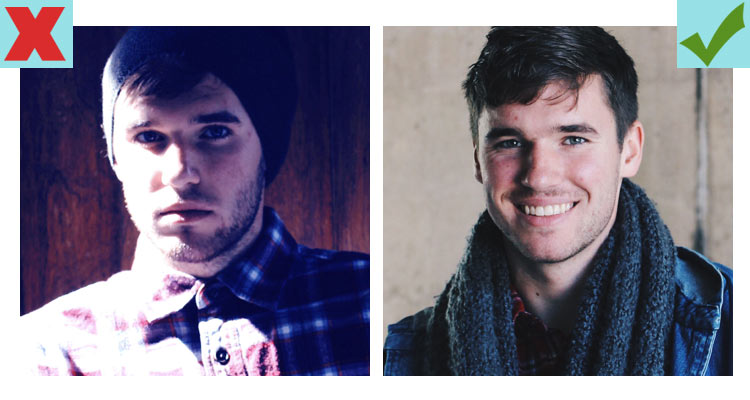 A dark filter, blue tones, or dramatic shadows can feel overly serious or emo to a stranger.

High contrast lighting with bright whites and dark blacks is associated with noir film and storytelling, and could subconsciously make the viewer think you’re nefarious, or at least a more dramatic person.

Unfortunately, eerie background shadows can show up even if your room seems well-lit in real life because cameras process light differently than our eyes do.

When in doubt, it’s always safer to trust natural, diffused sunlight rather than any indoor artificial lighting in order to get a neutral, reassuring vibe. 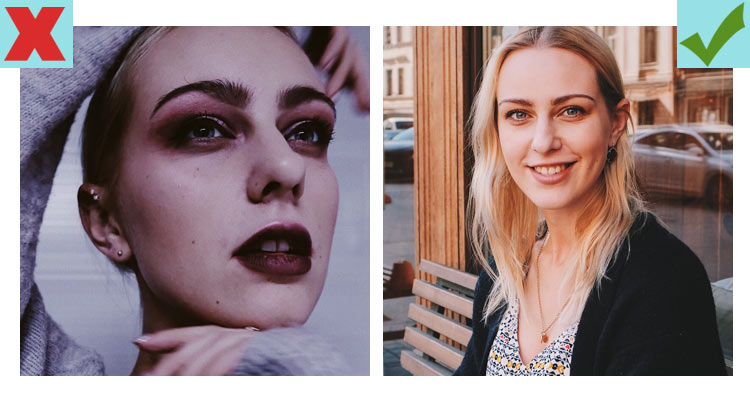 As a final note: a heavy makeup look in a photo can make people think you might just be as dramatic as the angle on your winged liner. So that’s just something to be aware of as well.

That concludes our tips for appearing less intense in photos if you’re getting the “I think they seem a bit intense in this photo” Quick Note.

We hope you’ve found them useful, and that we’ll see you back on Photofeeler the next time you perfectly capture that elusive “good hair day.”