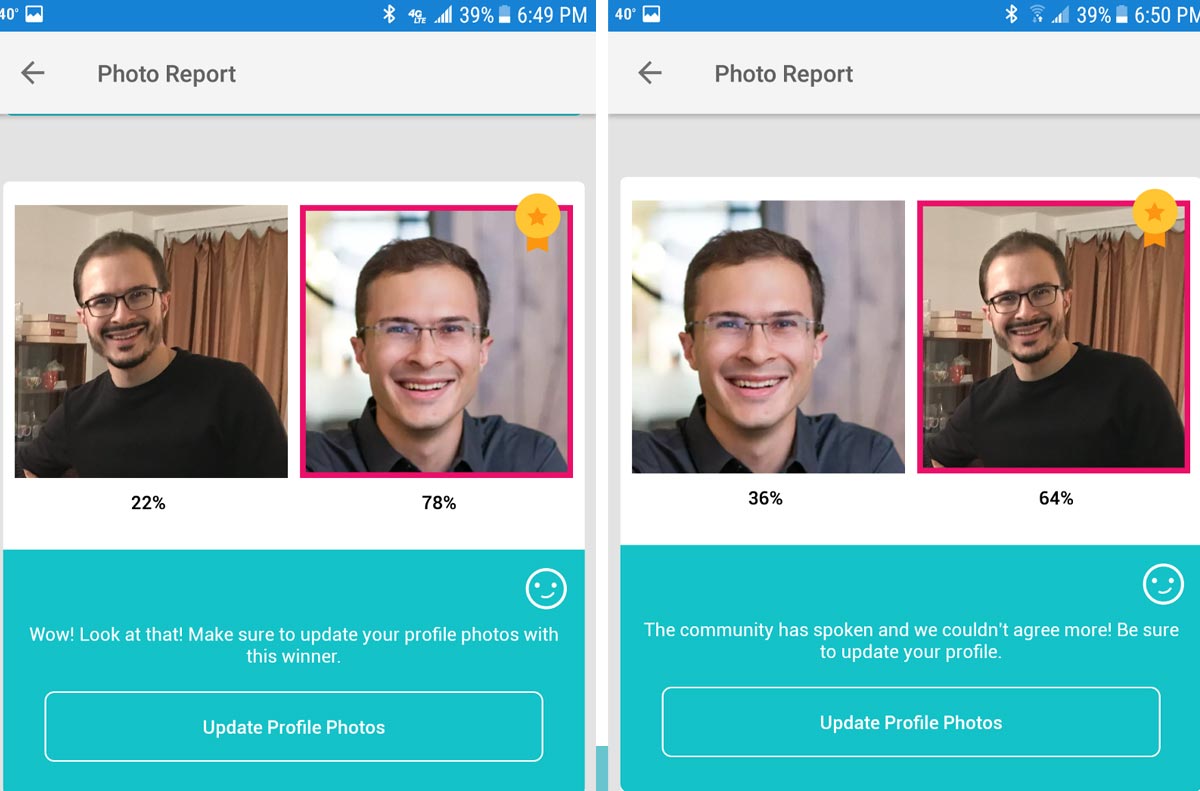 Photo Lab allows you to display two photos and receive feedback on which one people liked better. This is supposed to help you choose photos that make for the best Coffee Meets Bagel profile.

1. You get feedback from all genders

If you’re a straight man using Coffee Meets Bagel’s Photo Lab, chances are most of your feedback is coming from other straight men.

Because you can’t pick the demographic whose opinions matter to you, the opinions you do get ought to be taken with a grain of salt.

On the other hand, the more-popular alternative Photofeeler lets you choose which gender(s) and age ranges you want feedback from.

2. The tool is easily gamed to earn in-app currency

Early on, Coffee Meets Bagel had such a problem with users choosing before the photos even loaded, that they had to significantly slow down their tool.

Photofeeler has specialized AI to detect voter fraud of all kinds, ensuring the feedback you get is real and accurate.

3. There’s a left and right side bias

Depending on whether you’re left or right-handed, you and everyone else naturally has a side that they will tend to click more often. This creates noise in the voting data and makes results less accurate.

Photofeeler eliminates this bias by displaying one photo at a time.

4. You can never be sure why a photo won

On CMB’s Photo Lab, you can never know why a particular photo won out.

Is it because the winning pic was more visually interesting? Or your face was more relaxed? Or your jaw looks better from that angle?

Or is it because people were randomly clicking without looking? Or every vote you got on your picture came from other women who liked the green shoes better?

On Photofeeler, you receive written notes detailing why a voter did or didn’t like a particular picture.

5. Doesn’t tell you how you compare to the competition

CMB’s Photo Lab compares your own photos to each other, but what’s more important, Photofeeler tells you how your photos stack up against the competition.

So while CMB’s Photo Lab might be fun to use, for people who are serious about using the right pics in their dating profile, Photofeeler is the clear winner. 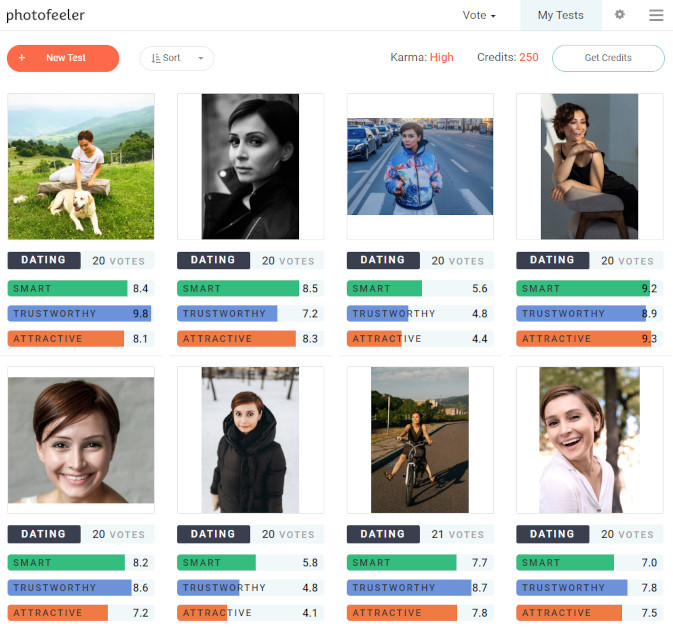