Does Bumble have fake profiles? How many Bumble profiles are fake?

Does Bumble use fake profiles of women to keep guys swiping?

It’s tempting to believe — especially as a man, since you can’t make the first move — that something might be wrong if you don’t receive any matches on Bumble.

Perhaps all of those beautiful profiles were fakes after all?

Turns out, this is a myth

Bots exist on dating apps, yes. But Bumble does not create fake profiles and very few of the Bumble profiles you see are fakes — according to internet sleuths on Reddit.

But here’s how you might be fooled into thinking they’re fakes:

Bumble uses an algorithm that pushes the most right-swiped profiles to the top of the queue. The most attractive (ie: right-swiped) of all are shown first to new signups, so you’re seeing one gorgeous profile after another. As you keep swiping, though, the attractiveness will continue to go down, until only the least attractive profiles remain.

So while it may seem like those beautiful people were fakes and the less attractive people were the real users, you’d be mistaken to think so.

The truth is, if you’re not getting matches on Bumble, users just aren’t swiping right on your profile. But you can easily turn the situation around.

What to do if you’re not getting Bumble matches

I don’t care if you were voted “Most Likely to Be an Underwear Model” in high school or if you’re just average-looking. Good, flattering pics = matches. Bad, low-quality, weird pics = no matches.

Test your Bumble photos on Photofeeler to be sure they’re 👌 so you’re not wasting your matches. 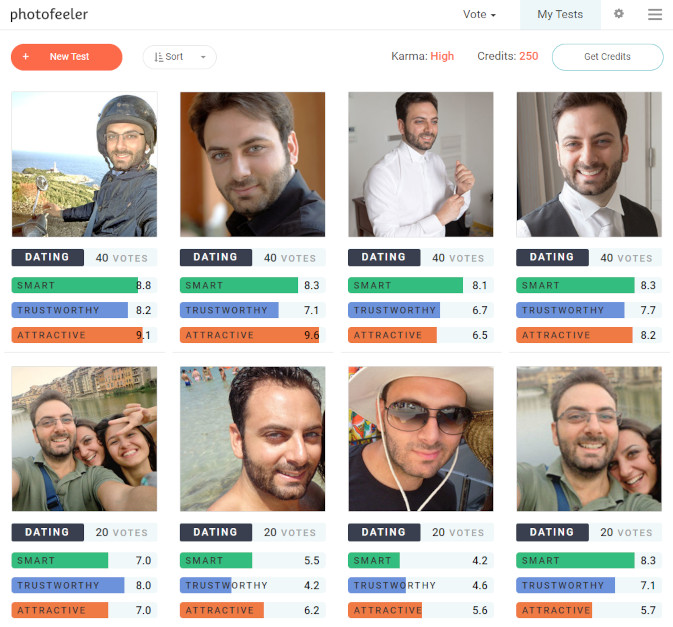